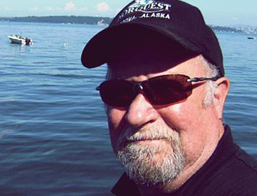 Hi! I’m Frank Pival. You may not know me, but chances are good you may know my voice.

I put people on hold for a living.

My business, Never Alone on Hold, records customized messages for companies to play while their customers are waiting for a live voice to take the call.

Conveying your sales message clearly to customers is imperative in these challenging times.

So finding an economical way your business voice can be gently amplified over the din of your competitors is the key to a continued healthy success.

– Hired as full time editor @ Kiro-AM News radio, one of the first all news stations in the country1975-77

“We’ve had NEVER ALONE ON HOLD doing our ON HOLD messaging and radio spots for over 19 years now and their work is the best.”